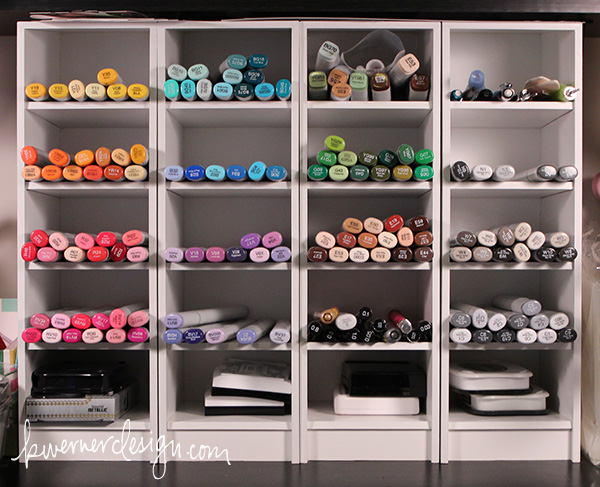 Hi all! Today I’m introducing a new video series called Color Wednesday. Be sure to watch the video below for more details about what this series will be about. :)

Digital stamp from video: Cupcake Anya by The Greeting Farm

Back in December, Tami from Studio 3 Solutions contacted me about their Color Cubbies to see if I wanted to try a few out. Color Cubbies were specifically design for Copic marker enthusiasts, so I knew it was right up my alley. :) I’ve been collecting Copic Sketch markers for a while now and keeping them in cups just wasn’t cutting it anymore. LOL!

Tami sent me four Color Cubbies. The cubbies arrived safely, packaged well into one box. Because the cubbies were brand new, there was a slight chemical smell (paint maybe?) that dissipated after a about an hour. But I didn’t mind the smell at all. It’s wasn’t strong, and I think I only noticed it because I was taking mental notes to mention in this “review”. :)

The cubbies are narrow and tall (gotta save the precious workspace area!), and very sturdy considering how light weight they are. The shelves are just ever so slightly tipped backward, which keeps the markers in the cubbies. This is also great for me because I work on a drawing table that is slightly tipped forward. If you place a round pen on my desk, it will roll off. So, the backward tip of the shelves balanced out the forward tip of my desk. No falling markers! Yay!

So, here’s what my Color Cubbies look like. I think I’ll be purchasing a couple more in the future, too…

As you can see, I mostly separated my markers by colors. But I do have some leftover cubbies for my most used inks, various markers, Copic refills, and other pens, brushes, or bone folders. The Color Cubbies are at the back of my craft desk and I love that my Copics are at easy reach. I find myself using them more often because I can see what I have. I’m very much an “out of sight, out of mind” person so it’s great being able to see all the markers.

Since I’ve had the Color Cobbies on my desk for about six weeks, and I’ve been testing them out during that time, I can definitely tell you they’re pretty awesome. And I don’t say that because they sent these to me. I also saw these a few months back when I was crafting with friends and hoped to buy some for myself soon. So I was super happy that Tami contacted me out of the blue! :)

Tami was kind enough to offer a set of two Color Cubbies to one of my readers! So let’s have a giveaway! Just fill out the Rafflecopter area below to be entered into the drawing! Giveaway closes on February 13, 2013 at 11:59 pm. Open to US residents only. Cubbies will ship from Studio 3 Solutions. 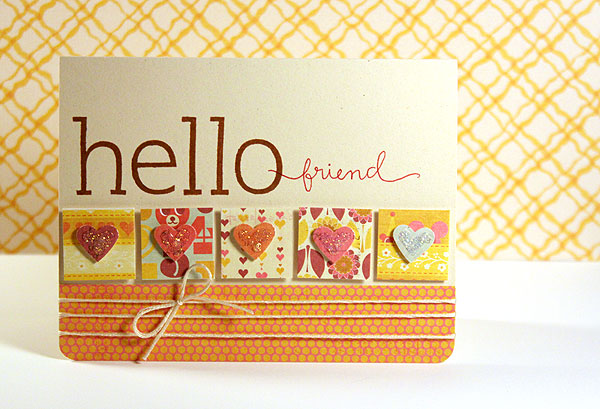 Finally Friday – Hang In There